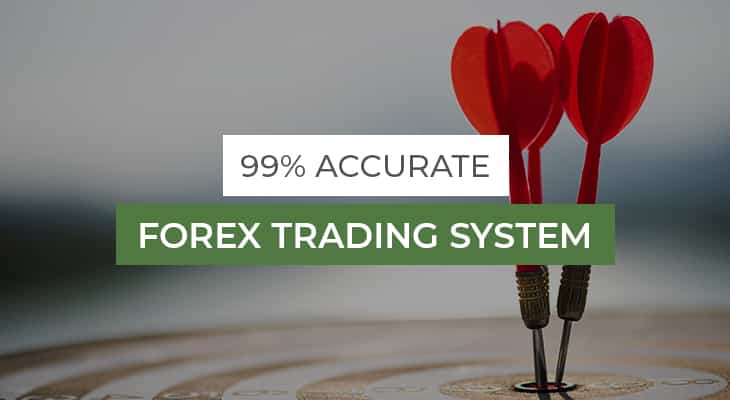 A 99 accurate forex trading system gives you an overall picture of when to buy or sell a currency pair. It also presents you with risk-management approaches, so your losses don’t take over your profits.

In this guide, we’ll mention some of the best forex trading systems you can use as part of your technical analysis.

The major objective of this system is to take advantage of the old trading adage “the trend is your friend.” To maximize profits from forex market movements, this swing trading method employs a combination of moving averages, support and resistance, volatility, and a few additional tools.

At the same time, the system tries to minimize stop losses and drawdowns.

Although this system may be used for any period, it performs best on the 4h timeframe, making it ideal for swing traders.

You need to apply the 4h chart as the base chart (where we search for potential trading signal spots on the chart) and use the 1h timeframe as the signal chart in this approach. 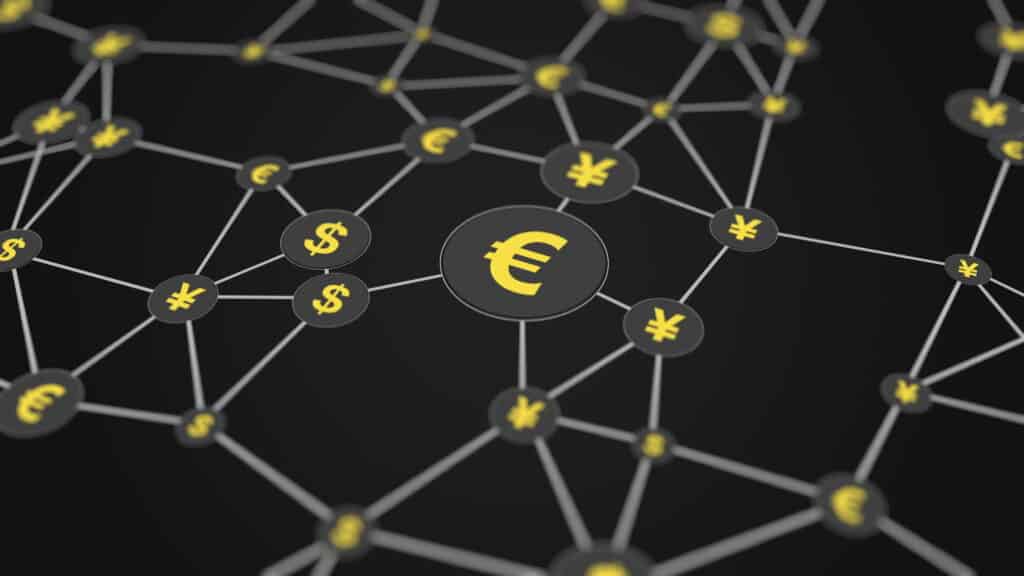 To this day, trendlines continue to emerge on financial market charts across all periods, giving frequent opportunities for traders to get in and benefit from the activity.

The most significant benefit of this method is that it generates a viable trading opportunity, whether short or long, from nearly every setup. Most of the time, it’s just a matter of which trendline breaks and which one holds.

You should continually monitor the support and resistance trend lines and redrawn when the old ones break, and new ones develop.

When the predictions cross, one of the trendlines has to breach, while the other will most likely maintain the price steady. So you’ll trade in the direction of the trendline, which hasn’t been breached yet.

This system works on two indicators established by Welles Wilder, a famous technical market analyst and developer of technical indicators. It is meant to benefit by joining existing market movements.

The 14-period ADX and the parabolic SAR are the indicators we’ll utilize for this technique, and they’re both quite popular and widely used in market trading.

The ADX is a one-of-a-kind indicator that depicts the features of a trend. The ADX shows us when there is a trend and when there isn’t, so we can decide whether to employ a trend-following approach or a range trading system.

To enter new positions, you’ll utilize the parabolic SAR as a trigger signal, coupled with the ADX +DI and –DI lines.

The flag is a trend continuation pattern that occurs throughout the trend’s consolidation phases, giving traders a great chance to join the trend in a high-probability way.

Flags appear following a rapid market move and are most typically caused by overbought or oversold conditions. The market has digested the last rapid move and is poised to continue another swing with the flag formation.

A pullback happens when the market breaks out from a strong resistance or support level and then moves in the opposite direction of the main trend to retest the support or resistance level or chart pattern.

You can use pullbacks to reduce the risk of entering the market at a poor moment. Because pullbacks tend to occur near critical support or resistance levels, the market is more likely to turn and move in the other direction.

A pullback is a substantial shift in the opposite direction of the main trend that provides a profitable chance.

This system revolves around two key principles: the 50-period and 200-week period averages and the Stochastic Oscillator to identify possible trading opportunities.

This system is long-term since it is traded on the weekly chart, which means trades do not pop up regularly, and you must hold for longer. Thus, traders could expect trades to extend anywhere from a few weeks to many months.

The monthly chart’s support and resistance levels are crucial technical indicators since they impact all lower timeframes.

This system is straightforward and is based only on sound technical trading concepts used by large institutions and interbank FX traders.

Because so many individuals trade with them, the traditional indicators and patterns on the monthly timescale perform quite effectively, and no single player has enough power over the market to create fake-outs on the monthly chart.

The primary idea behind this technique is to employ a trend indicator and overbought and oversold levels in conjunction with important support and resistance zones.

Even without a support or resistance zone, oversold overbought indicators can highlight significant locations where consolidation or reversal will begin.

The price always fills the gap.” Traders in the financial markets frequently use this expression. It means that if the day finishes at one price and opens at a different price, whether higher or lower than the previous close, the price will most likely move to close the gap once trading begins.

When the markets are closed for retail traders, gaps tend to form based on fundamental news, but they can also form based on technical considerations such as breakouts.

As a result, while there are hardly any gaps in the currency market during the week, they are prevalent on weekends.

It is best to choose a highly volatile currency pair for this method. When this happens, the gaps tend to be bigger, and the chances of most of them being filled are higher than when currency pairs are less volatile.

So, on Monday morning, when you’ve chosen an acceptable currency pair, search for trading gaps.

The London session breakout system offers good possibilities to profit from the high volatility and volume that begins at 7 a.m. GMT and lasts for the following three hours of the London trading session.

This approach is predicated on the spike in volatility at the start of the London session, which comes after a considerably less volatile Asian session.

Traders should only trade key currency pairs such as the EUR/USD, GBP/USD, and USD/JPY during the London session to get the most out of it.

Because the chances only last about 3 hours, the hourly chart has shown to be the optimum period for this approach.

Only one indicator is used for this system: the 50-period simple moving average (SMA).

There are several ways to look at this trading technique, but in its most basic form, a Master candle is a candle that contains the highs and lows of at least the following four candles after it.

It’s also worth noting that trading with the Master candle isn’t always easy, and this method produces a significant amount of false breakouts. It is especially true in the case of JPY-based volatile pairs.

As a result, developing your knowledge of the Master candle trading technique and mastering it via trial and error is strongly advised.

An inside bar is a candlestick pattern that indicates a period of low volatility in a market. It implies that there aren’t many orders flowing into the market, and both bulls and bears are keeping their cool while waiting for the market to develop further.

When trading Inside Bars only, an entry signal emerges whenever a price breaks through the high or low of the pattern.

The breakout direction defines the direction in which you should open the trade. A bullish signal surfaces when a price breaks through the high of an Inside Bar and vice versa.

It typically makes little difference whether the body of an Inside Bar is bullish, bearish, or neutral. However, if an Inside Bar’s breakout occurs in the same direction as the body of the Inside Bar, it can add a few additional points.

This method allows traders to enter just the greatest and most powerful forex trends, from which only the finest trading chances are sorted out and evaluated for a trade. Thus, although it does not create as many trades as other methods, the generated trades are more accurate.

This method is simple to implement and utilize. It does not need in-depth industry expertise or a thorough comprehension of technical analysis concepts.

With nearly identical performance/results, you can use the system on every currency combination. It also works well on many periods, but the 4-hour chart has shown to be the most profitable.

Rounding tops and bottoms are reversal patterns that develop slowly and gradually, but the ultimate reversal is readily visible and likely once fully formed.

A turning route in the trendlines will generally delineate the rounded formation, showing the reversal of the previous trend. In that instance, in a rounding top, the trendlines’ slope will change from upward to horizontal, then dipping down right before the breakdown to confirm the reversal.

The goal of this system is to profit from trend trades by taking minimal risks and perhaps winning large. The rules are basic and obvious, and having the trend on your side reduces the chances of huge losses.

You may join the next trend swing before other traders that utilize generic signals for entry by timing the entrance with the unique collection of indicators.

The system uses three EMAs with a period of 34. These EMA’s create the wave-like structure, hence the name.

The system’s core boils down to catching directional movement throughout the day and using that movement to achieve the greatest short-term trend.

For major currency pairs EURUSD and GBPUSD, the system is highly recommended.

All trades are completed on the same day. In general, it is preferable not to move positions at night or trade at night.

First, draw two exponential moving averages (EMA) on the chart with 16 and 30. Then, you can use them as current trend indicators and local trend determinants.

Next, you need to use the other two linear-weighted moving averages with periods of 5 and 12 to provide trading signals in the direction of the trend established by two exponential moving averages.

As a signal confirmation filter, you can use the RSI indicator with period 19 and level 50.

There is no 100% accurate forex system; however, you can reduce your losing trades and make sure that your gains are bigger than your losses.

[top_three_brokers] Today, we will focus on the attributes of a classic forex trader. The road…