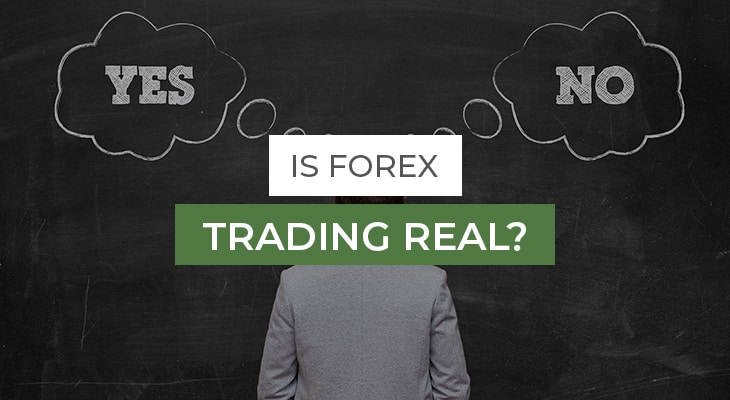 Do you want to know if forex trading is real or not? When you search the internet for forex broker scams, you will find a staggering amount of results. Many unscrupulous brokers in the forex market should not be in business despite becoming more regulated.

Choosing a reliable and viable broker is vital when you’re looking to trade forex and avoid those who aren’t. However, before depositing a larger amount of capital with a broker, several steps must be taken to separate the trustworthy brokers from those with shady dealings.

Even with the best broker, trading is difficult, but making money becomes nearly impossible when they operate in a manner that opposes a trader.

Forex Trading: What is it? 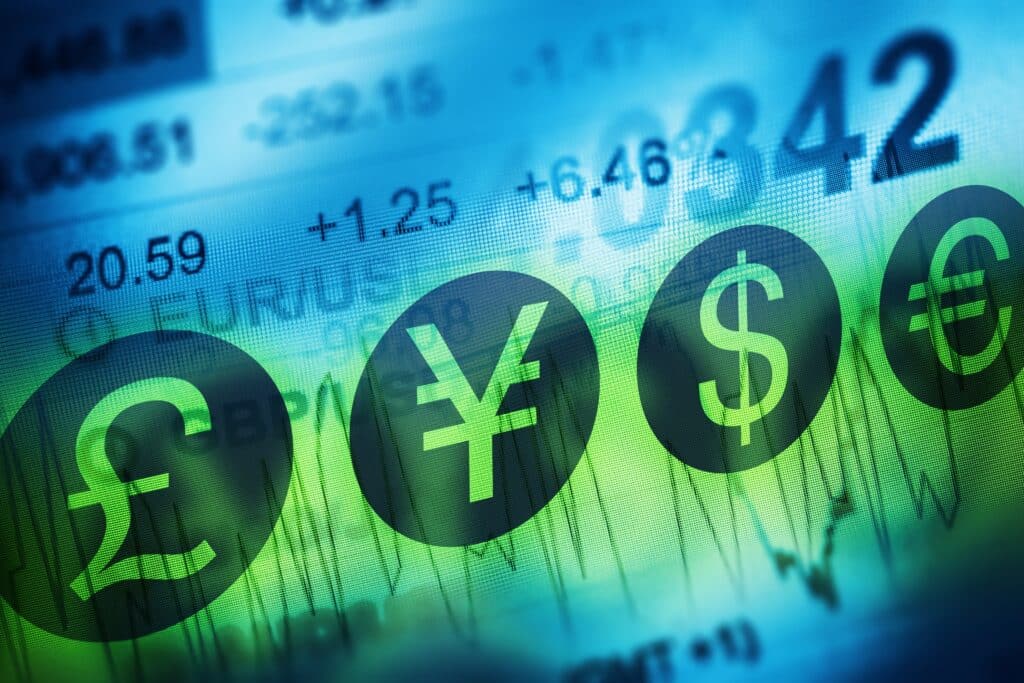 Forex trade is similar to a currency exchange you might do abroad: One currency is bought and sold, and the exchange rate constantly fluctuates according to demand and supply.

Forex is a global market open 24/7, Monday through Friday, traded currencies. Over-the-counter (OTC) forex trading means there are no physical exchanges (as there are for stocks) and a global network of various banks and other financial institutions overseas trading (instead of central exchange, as there is for stocks).

Institutional traders, such as those working for banks, fund managers, or multinational corporations, account for most trade activity on the forex market!

The traders may speculate about future exchange rate fluctuations or hedge against them; they might not physically possess the currencies.

While this is happening, an American company with European operations could hedge against the euro weakening by using the forex market.

What are the origins of forex?

The origin of the forex market is a subject of debate among historians. Some have stated that it has existed for thousands of years. However, Mesopotamia tribes were the first to adopt the barter system traded goods for other goods.

Through this system, merchants traded goods like spices and salt between different regions using ships, establishing the first exchange.

Before depositing a larger amount of capital with a broker, a series of steps must be taken to separate the trustworthy brokers from those with shady dealings.

How does forex trading work?

After setting this up, an investor who believes that the US dollar will rise compared to the Japanese Yen could purchase US dollars and sell Yens. The same investor can sell EUR/USD if they believe the Euro will decline relative to the Dollar by opening one lot of a sell position.

In either case, if they are correct with their bet, they will profit. On the other hand, if their prediction is inaccurate, they will lose money.

What is the process of trading currencies?

Like a stock’s ticker symbol, all currencies have a three-letter code. Even though there are more than 170 currencies globally, the US dollar plays a significant part in most forex trading, so it’s important to know that it’s coded as USD.

Second on the list is the Euro (EUR), which is accepted in 19 countries in the European Union.

In addition to the Japanese yen (JPY), the British pound (GBP), the Australian Dollar (AUD), the Canadian Dollar (CAD), the Swiss franc (CHF), and the New Zealand dollar (NZD) are other major currencies.

In forex trading, the two currencies being exchanged are combined to form one. About 75% of trading in the forex market is accounted for by the following currency pairs, which are known as the majors:

What is the process of quoting forex trades?

Currency pairs represent current exchange rates for two currencies. Let’s use EUR/USD as an example of how to interpret that information:

Currency pairs are typically referred to by the base currency first, followed by the quote currency, though there have been exceptions throughout history. For example, the USD to EUR conversion is listed as EUR/USD rather than USD/EUR.

How to trade forex in three ways?

As with stock trading, forex trades are typically made to speculate about future price movements, not exchange currencies (as you somehow might at a currency exchange while you are travelling).

Like stock traders, forex traders buy or sell currencies based on their perception that their value will rise or fall relative to other currencies.

Traders can trade forex in three different ways, based on their goals:

Traders who wish to speculate on future changes in currencies or hedge against them use forward and futures markets. However, most forex trades are executed in the spot market, the largest forex market. It is where exchange rates are determined.

There is a language-specific to each market. Before engaging in forex trading, you should know the following terms:

What drives the forex market?

Currency prices are determined by buyers’ and sellers’ supply and demand, just as they are on any other market. But, this market is also influenced by macroeconomic factors.

Forex traders can react to the news that might not affect the stock market for weeks or months when it comes out on the forex market. Likewise, currency traders need to stay abreast of the dynamics that could lead to sharp spikes in currencies since so much currency trading involves speculation or hedging. 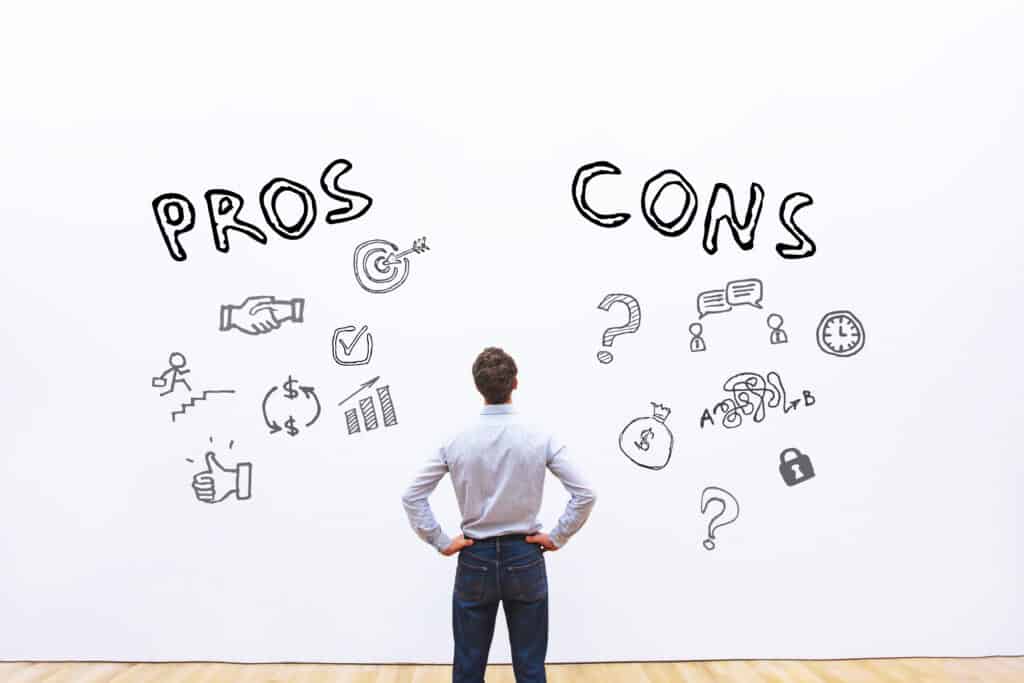 In addition to scalability, forex offers 24-hour access, leverage, and deep liquidity. Furthermore, some forex brokers advertise that they do not charge commissions.

Forex trading requires such a small capital is another significant appeal. Leverage can be used to trade forex, which means you don’t need a lot of cash to do it.

Scalping refers to making trades based on changes in the value of forex pairs, which isn’t regulated as strictly as stocks and bonds. As a result, day trading is no problem because the forex market is less regulated.

However, there are also some drawbacks. For example, leverage can accelerate both gains and losses – a double-edged sword. Additionally, the forex market tends to be highly liquid. As a result, it’s hard to make real money in this market without leverage.

A lack of understanding of how leverage works and easy access can expose retail traders to substantial risks.

As forex trading involves leverage and traders use margin, there are more risks associated with forex trading than with other types of assets.

In the world of currency trading, prices fluctuate continuously but in small amounts, so investors are forced to engage in large trades (by using leverage).

Traders can magnify profits with this leverage if they make a winning bet. Losses can, however, be magnified, even exceeding the amount borrowed in the first place.

Furthermore, leverage users may be forced to sell securities purchased with borrowed funds if the value of their currency falls too much. Furthermore, transaction costs can accumulate and reduce a profitable trade.

Furthermore, it would help to never forget that foreign currency traders are little fish in a pond full of seasoned, skilled professionals. Accordingly, the Securities and Exchange Commission warns against potential frauds or information confusing or misleading for new traders.

Individual investors may find it beneficial that forex trading isn’t so widespread. Retail forex trading, as it’s known, accounts for just 5.5% of the world’s overall cryptocurrency market, according to data from DailyForex, and many significant brokers don’t even offer to trade!

Further, most of the few retail traders who deal in forex struggle to make money. According to a recent report, 71% of retail FX traders lose money on average. Because of this, forex trading is primarily a professional strategy.

Although the average investor shouldn’t touch the forex market, we are all affected by what happens there. As the spot market is active, we will pay more for exports, and travel will cost more.

You should watch the forex market’s exchange rates if you plan to make large purchases of imported items or travel outside the US.

It is legal to make money from forex trading. Unfortunately, forex scams abound, so you must know how to avoid them.

The forex trading industry can be profitable-there are many successful forex traders who consistently earn profits every year.

With forex trading, traders can access a lot of leverage, trade 24/7, and get started with minimal capital. In addition, online brokers provide them with many options, allowing them to trade with ease.

Despite the potential for gains, these investments pose significant risks as well. As a starting point, leverage can magnify losses, and retail traders interested in participating will need to compete with financial institution traders.

[top_three_brokers] The evening star forex pattern is a popular type of pattern. Among several trading…