Market forex is a place where traders sell and buy different currencies.

Before the global pandemic broke out, people could board flights and travel to other countries. Have you ever travelled to a foreign state or country?

You would generally have found a place to exchange money at the airport if you have. Then you would trade the money you have for the visiting country’s currency.

If you think that some of the currency will be substantial compared to the other, and you end up correct, you can make a profit.

This guide will talk about market forex and how you can trade in the market.

What is the forex market? 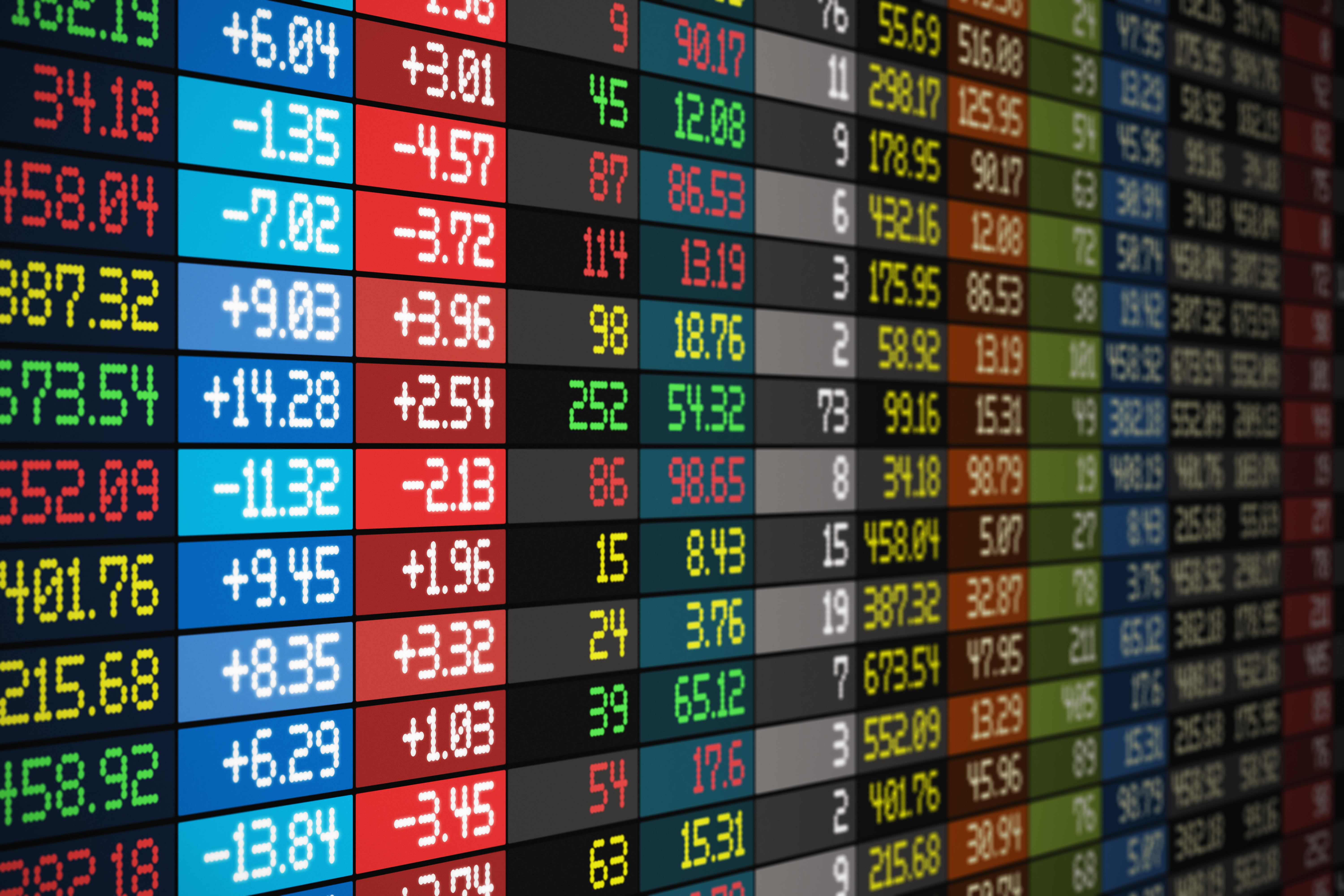 “Forex” or “FX” is the most commonly used term for forex market places. The forex market is the widely and largest financial trading market globally.

So what exactly is forex?

Forex is the global financial market that allows people to trade currencies according to their will. The forex market is a global, widely regionalised, decentralised market where currencies worldwide change hands.

The forex market is constantly unstable due to the second’s sudden and rapid exchange rate changes. An exchange rate is a price relative to two different currencies.

Consider this scenario, you find a “South Korean Won” and think to yourself, “Woah! A dollar is worth 1,235 South Korean won; ah, I’m going will!”

Once you make this minimal trade, you have essentially participated as a member of the forex market. You have exchanged one currency for another currency.

The exchange rates have changed from 1,235 to 1,243, i-e, and the Dollar’s value has increased concerning the South Korean won. This change is what keeps the forex market on track.

The currency’s exchange rate flux allows the traders to make money in the forex market.

The forex market has two top tiers. The first one is the interbank market. It’s where the most extensive banking systems exchange currency with other banks. So even though the number of members is small or insignificant, the trades are enormous.

With the help of these trades, the interbank market dictates the currency levels in foreign exchange.

The second one is the over-the-counter market. That is where the companies and individuals trade.

The over-the-counter trade market has become a famous market since there are now many such companies that offer online trading platforms.

The forex market is indeed the largest trading market in the world. Moreover, the forex market is a driver of all pricing and activity across the entire currency exchange market, primarily because of institutional expertise and its volume.

Economically speaking, a lot has changed since forex developed its foot globally. The whole monetisation and economic strategy depend on the forex rates and conditions.

History of the forex market

The Greeks and Egyptians traded goods and currency using molten silver and gold coins 2500 years ago, and their real weights and sizes established their worth.

Money minting was consolidated 500 years later under the Roman Empire, and a government-run monopoly on currency transactions was created.

Copper became the most extensively used metal for minting coins and commerce 1000 years ago, during the Middle Ages.

As we know that a forex market is a place where the currencies are traded. It is the only nonstop and continuous market in the world.

Around 500 years ago, the first forex market was created in Amsterdam. The ability to freely trade currencies aided in stabilising currency exchange rates. Forex trading was started all over the world in Amsterdam.

The Gold Standard was established 240 years ago, in 1875. Under the Gold Standard, a country could only mint as much national currency as it had in gold reserves.

The Bretton Woods system was implemented during World War II. It was a replacement for the failing Gold Standard.

All foreign currencies were tied to the US dollar under the Bretton Woods regime. For a time, this stabilised exchange rates, but in 1971, the Bretton Woods Agreement was repealed and replaced with a new currency valuation system.

It was difficult to ascertain fair exchange rates at first, but developments in technology and communication made things easier.

Banks began developing their trading platforms in the 1990s, owing to the rapid rise of the internet.

The forex market in the past was dominated by institutional firms and large banks, which acted on behalf of their clients.

But during the recent years, it has become more retail-oriented, and investors and traders of many holding sizes are beginning to participate in it.

There are three different ways to trade currency in the forex market.

Spot Market is the primary forex market where the currency pairs are exchanged, swapped, and determined in real-time based on demand and supply.

Instead of trade execution, forex traders can also enter into a private binding contract with another trader and lock in an exchange rate.

The traders can opt for a contract generally standardised to sell or buy a predetermined currency amount at a specific exchange rate.

The future and forward markets are the most widely used ways of forex trading nowadays.

The exchange rates in these markets are solely based on what’s happening in the current spot market and where the most forex trades executed are.

What moves the forex market?

Like any other market, currency prices are set by the demand and supply of the sellers and buyers. But, also, there are some other macro forces at play in this market.

For example, demand for a particular currency can be influenced by central bank policy, interest rates, and the pace of the country’s political environment and economic growth.

Forex is often called a market which never sleeps, and this gives traders in this market the opportunity to react to the news that might not affect the stock market much later.

As much of the currency trading is based on hedging and speculations, the traders need to be up to speed as soon as drastic changes and sharp spikes occur in the currency prices.

Forex market, a giant among all

The vast, ginormous foundation of 6.6 trillion dollars covers the global forex market. Still, the spot market, part of the foreign currency market relevant to most forex traders, is smaller at 2 trillion dollars per day.

So if you do an account of the daily trading volume from retail forex traders, it is even smaller than the average.

It is profoundly challenging to determine the exact retail size of the forex market segment. Still, it is estimated to be around 3-5% of overall daily forex trading volumes, estimated to be about 200-300 billion dollars.

Forex as an OTC market

Forex is a 24-hour dealer and over the counter (OTC) market, meaning that the transactions during the forex are completed between the two participants via telecommunication technology.

The forex currency market is divided into two spot markets for two-day settlements and the forward, swap, interbank futures, and options markets.

Comparing the forex market with NYSE

A tiny percentage of the currency transactions happen in “real economic conditions,” including tourism like the above travel example and the international trade forums.

Most of the transactions in the currency-related affairs in the global forex market are sold for hypothetical and speculative reasons.

Currency traders or Currency speculators trade currencies hoping that they will be able to sell them at a higher rate and price in the future.

Measly compared, around $22.4 billion in each single day volume of currency is gained by the New York Stock Exchange (NYSE). The forex market for currency exchange looks enormous with its 6.6 trillion dollars a day volume per trade.

But if you compare New York Stock Exchange market to the whole forex market, ooh, the NYSE, it looks so puny compared to the forex market! It makes you wonder if the ‘S’ in NYSE stands for “Scrawny” rather than “Stock”?

The forex market, to be exact, is around 300 times bigger! It is a giant!

How do currencies trade in the forex market?

At the start, all the currencies are assigned a three-letter code, much like a ticker stock’s symbol. While more than 170 countries worldwide, the United stated Dollar is involved in the majority quantity, so it is especially helpful to know its code: USD.

The second most popular currency in the forex market is the Euro, the currency accepted in the 19 countries in the European Union (EUR)

All trading is expressed in the combination of the two currencies being exchanged. The majors are often the most traded currencies when coupled with the USD, while some traders may refer to any forex currency pair that includes the USD as a major.

The minors are typically any of the remaining non-USD forex pairs.

Some of the examples include;

Finally, some of the minors are commonly known as exotics. They have a lower trading volume than majors and minors. For example,

Pros of the forex market 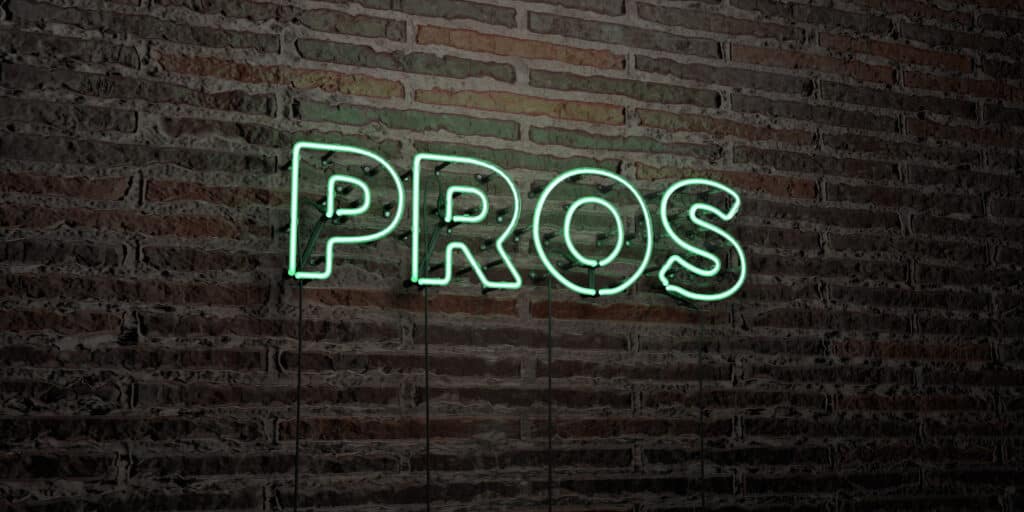 The forex market is a world in itself. First, if you want to enter the market, you have to develop a proper trading plan. Then, it’ll mitigate the risk associated with forex trading.

[top_three_brokers] What are some powerful tools for trading trends or detecting reversals of trends? A…