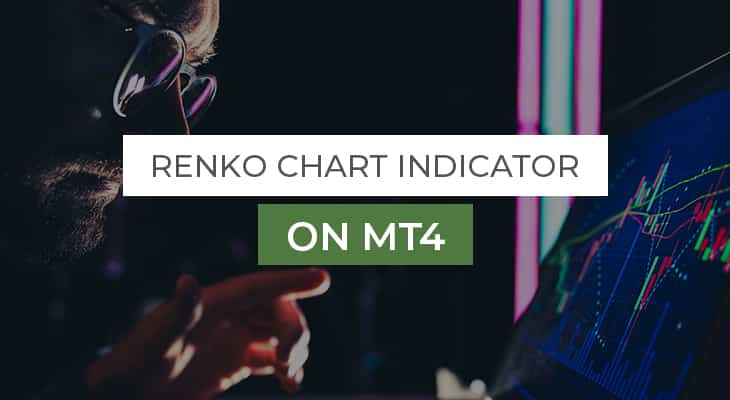 Renko charts are price charts used during forex trading. These Renko chart indicator on MT4 was developed by Japanese.

A Renko chart is called a “renga” chart in Japanese, meaning “brick.” In Renko charts, price movements are represented by boxes that resemble stacked bricks.

How does the Renko Chart indicator work?

Renko Charts typically use blocks or bricks to represent each unit of price movement. Renko Charts presets are represented by blue bricks.

Each brick represents 40 points of price movement on the GBP/USD currency pair. For example, the Renko Charts Indicator plots one blue brick if the price moves four pips or 40 points.

Traders can also modify the threshold number of pips or points which each brick represents. This is required to fit the time horizon and currency pair which they are using.

How can you use Renko Charts for MT4? 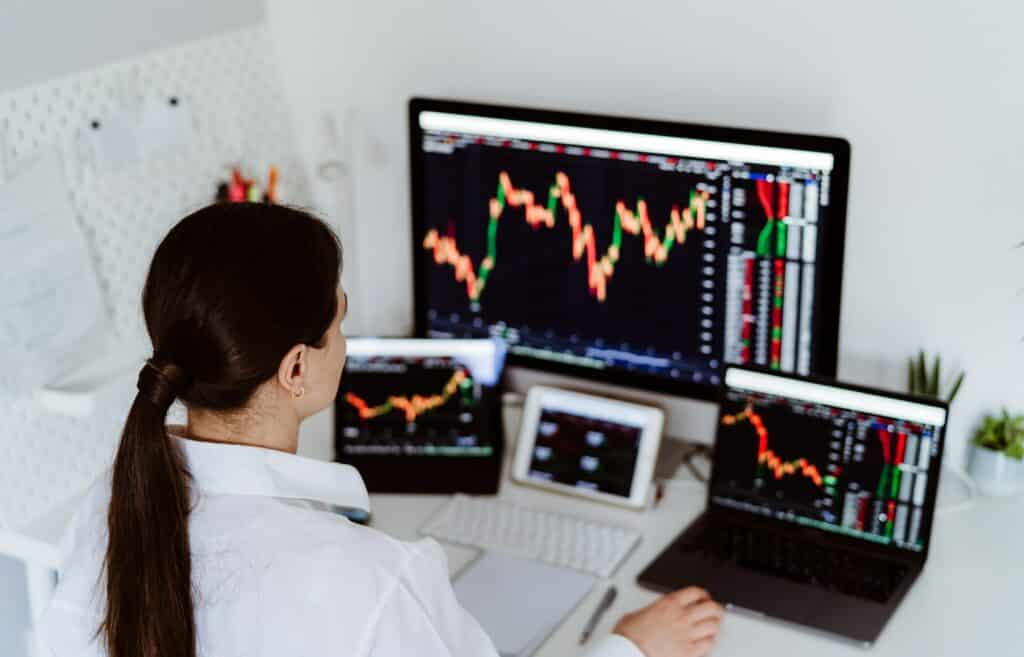 We have already explained that Renko charts constantly plot the price movement, not the period covered.

Renko Chart bricks will never coincide with Japanese candlesticks on the main price chart. On Renko charts, a reversal or momentum is indicated by a shift in direction and changing colours.

It entirely depends on the trader’s decision when they want to buy. Renko charts will begin to plot the blue bars and sell on the red bars. A trader can also enter a trade that will move in the same direction based on a predetermined brick number.

Well, the MT4 platform is not offering the Renko charts as the automatic built-in feature. But it is available with the library from which the users can download indicators or third-party software.

You can also search for the Renko chart indicator through the “codebase” tab of your MT4, from which a variety of options will be revealed. Hence, you can display the Renko chart as an indicator below the main charting area.

When using third-party software on MT4, a bit of care is needed from a trader’s side. Each of the downloadable Renko chart indicators has its settings and instructions. Open an MT4 account and learn more about it.

To enter, you have to wait until the price reverses itself and three blue bricks are formed on Renko Charts. Then, you have to determine the price, which corresponds to the third blue brick. Then, later on, set a buy stop order at that specific price level.

Make sure you set the stop loss in the price, corresponding to the three bricks behind the entry point.

To exit, you have to trail the stop loss in the price corresponding to the third brick behind the present Renko Charts brick. Then, just permit the price to hit the ongoing trailing stop loss while it is in profit.

To enter, you have to wait until the price is reversed, and three red bricks are formed on Renko Charts. Then, you have to determine the price, which corresponds to the third red brick. Then, later on, set a sell stop order at that specific price level.

Make sure you set the stop loss in the price, which corresponds to the high three bricks behind the entry point.

To exit, you have to trail the stop loss in the price corresponding to the third brick behind the present Renko Charts brick. Then, just permit the price to hit the ongoing trailing stop loss while it is in profit.

How to customise Renko chart settings?

You can easily modify the Renko settings by selecting the timeframe and brick size you prefer the most. When setting up a Renko trades through a chart-type menu, all the bricks are auto-calculated.

Click the ‘Renko chart ‘ button and select your brick chart settings according to your preferences. For example, enter the brick size and choose the preferred timeframe for the chart.

Remember that the bricks should be based on the closing prices from this decided timeframe.

How to perform basic trading using the Renko Chart Indicator?

The Renko chart indicator is helpful for beginners because it displays the current market condition and showcases trend directions. For example, a series of down-blocks will display that the market is in a downtrend.

A trader should always take each new block in the directional signal. The new up-block will represent the buy signal, and the new down-block will highlight the sell signal.

Being one of the essential parts of the trading world, Renko Charts has its pros and cons for the traders, which they should know about. Let’s highlight a few of the advantages and disadvantages below:

You can start trading on Renko Charts in different ways. For example, the traders can adjust the box number for the entry schedule and often calculate Renko bars’ pips.

In short, the Renko charts indicator is a helpful tool that a trader can use to identify trade trends and trading momentum. But as a new trader, you need to spend enough of your time to understand the working of Renko Charts.

To observe price charts throughout your trading journey, using Renko Charts can be of great help for you.