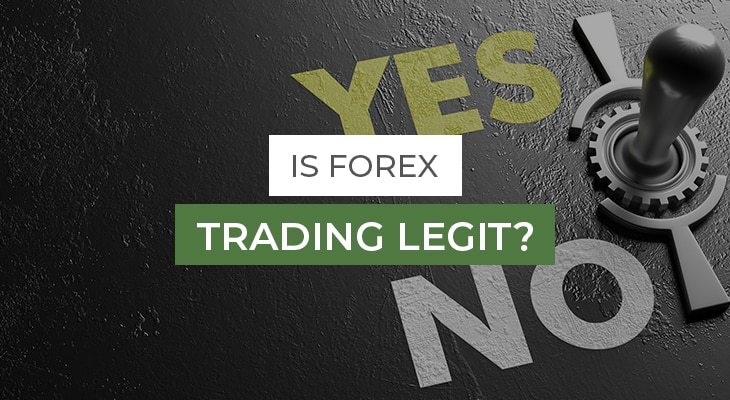 What is forex trading, and is forex trading legit or not? There are countless forex broker scams on the internet, and you can search for them using various search engines. Even though the entire forex market has become more regulated, many unscrupulous brokers still operate.

When you’re looking to trade forex, it’s essential to choose a reliable and viable broker and avoid the ones that are not. Likewise, it is imperative to separate trustworthy brokers from those with shady dealings before depositing large sums of capital with them.

It isn’t easy to make money when a broker operates in a way that opposes a trader, even when they are the best broker.

How does forex trading work? 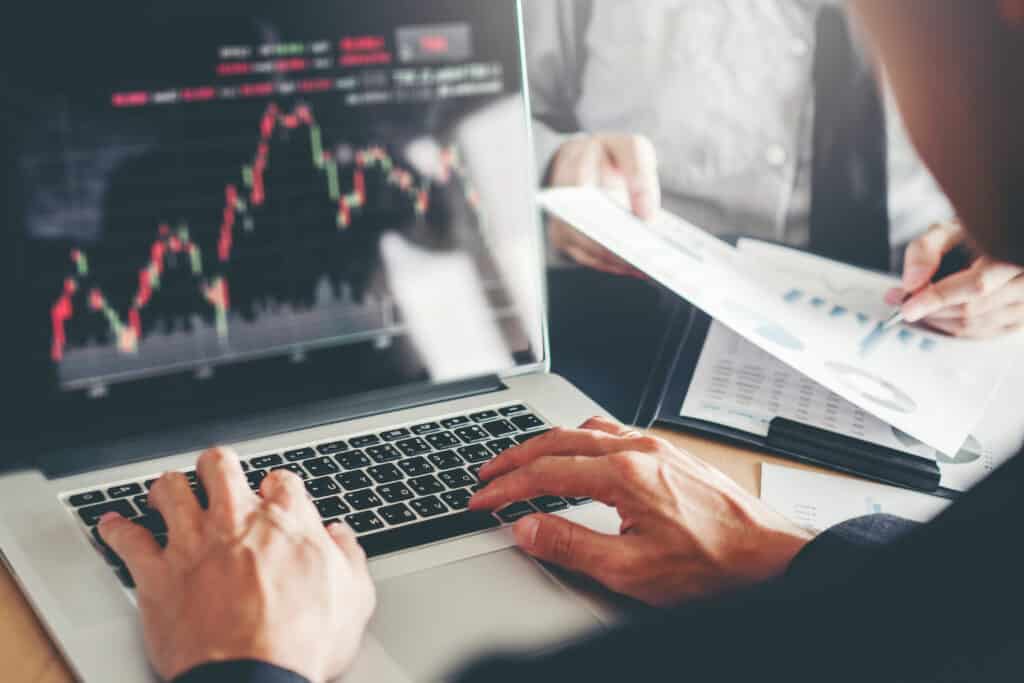 A forex trade works similarly to an exchange you might do abroad: a currency is purchased and sold, and the exchange rate fluctuates constantly based on supply and demand.

Currency is traded 24/7 on the Forex market, Monday through Friday. Forex over-the-counter (OTC) trading doesn’t occur at physical exchanges. Instead, a global network of banks and other financial institutions monitors the market (moving in place of central exchange, as there is for stocks).

Many of the trades on the forex market are conducted by traders who work for banks, hedge funds, or multinational corporations.

Exchange rate fluctuations may be speculated upon or hedged against by traders; the currencies they hold might not physically exist.

If a forex trader believes that the US dollar will increase in value in the future, she can buy more euros, which means she will sell the Euro and buy the US dollar.

While this occurs, American companies with European operations could use the foreign exchange market to protect themselves from the euro weakening.

Where does forex come from?

Historians debate the origins of the forex market. According to some, it has been around for thousands of years. Mesopotamian tribes first used barter to exchange goods for other goods.

A system of trading goods such as spices and salt between different regions was established.

There are several steps to separate trustworthy brokers from those who have shady dealings before depositing a large amount of capital with them.

What is the legal way to fund forex accounts?

Do you need any certain amount of money to trade forex in South Africa?

The minimum deposit requirement varies from broker to broker. For example, traders from South Africa could deposit as little as R76 with ZAR accounts brokers or USD 5 with Hotforex Micro accounts and XM’s Micro accounts.

Leverage of not more than 1:10 is recommended for beginners to reduce risk. You must balance your trades so that you won’t be overtrading with high leverage and risking a lot of capital.

What are the steps involved in forex trading?

Forex traders use currency pairs to hedge or speculate. Retail investors must open a brokerage account, fund it, and trade forex.

Those who believe the US dollar will gain strength over the Japanese Yen can buy USD and sell JPY after setting this up. One investor can open a sell position if they believe the Euro will decline against the dollar.

In what way does a currency trade take place?

All currencies have three-letter codes, like a stock ticker symbol. It’s important to know that although there are more than 170 currencies worldwide, the US dollar plays a significant role in many forex transactions.

The Euro (EUR) is the second most widely accepted currency (accepted in 19 EU countries).

Apart from the yen, other major currencies are the British pound (GBP), the Australian Dollar (AUD), the Canadian Dollar (CAD), and the New Zealand dollar (NZD).

Two currencies are combined when they are exchanged in forex trading. The major currency pairs account for about 75% of transactions on the forex market:

How does a forex trade quote work?

Currency pairs represent the current exchange rate between two currencies. We can interpret that information using the EUR/USD currency pair as an example:

While there have been exceptions throughout history, it is most common to refer to a currency pair by the base currency first, followed by the quote currency. For example, EUR/USD is listed instead of USD/EUR as the USD to EUR conversion.

Trading forex in three ways: what are they?

Forex trade can be described as speculating about future price movements, not exchanging currencies (as you might do while travelling at a currency exchange).

Foreign exchange traders make their decisions based on perceptions of the currency’s value relative to other currencies.

Three ways are available for traders to trade forex, depending on their goals:

Traders use the forward and futures markets to speculate on or hedge against future changes in currencies. Consequently, most forex trades are conducted in the spot market, the largest forex market. This is where I determine exchange rates.

Each market has its language. It would yet help if you familiarise yourself with the following terms before beginning to trade forex:

The forex market is driven by what?

It is still the supply and demand of buyers and sellers who determine the currency’s price, as it is everywhere else. However, macroeconomic factors also play a role.

Forex traders react to the news that may not impact stock markets for weeks or even months but are immediately relevant to the forex market. In addition, because so much currency trading involves speculation or hedging, traders need to be aware of the factors that may lead to sharp spikes in currencies.

Benefits and drawbacks of forex trading

Another important appeal is that forex trading requires such small capital. Forex can be traded using leverage, so you don’t need a lot of cash to do it.

Unlike stocks and bonds, forex pairs aren’t regulated as strictly as forex pairs, called scalping. Since the forex market is less regulated, day trading is not a problem.

There are, however, some disadvantages as well. Gains and losses can be accelerated by leverage, for example. Forex is also a highly liquid market. Trading without leverage is tough.

Because of easy access to leverage and the lack of understanding, retail traders can be exposed to substantial risks.

Due to leverage and margin in forex trading, there are more risks involved than with other types of assets.

Prices fluctuate continuously in currency trading but in small amounts, which puts investors under the obligation to engage in large trades (by using leverage).

If a trader makes a winning bet, this leverage can magnify the profits. However, it is possible to suffer losses greater than the original amount borrowed.

The Securities and Exchange Commission warns against potential frauds or information that could be confusing or misleading for new currency traders, so you should never forget that they are little fish in a pond full of seasoned, skilled professionals.

A lack of widespread forex trading may be beneficial to individual investors. Founded in the year 2000, retail forex trading accounts for just 5.5% of the world’s total cryptocurrency market, according to a report by DailyForex. Moreover, many significant brokers do not even offer to trade!

Why should consumers care about forex trading?

A strengthening US dollar, for instance, will make it cheaper to travel abroad and buy foreign goods (US dollars will be able to buy more euros). In contrast, a weaker dollar makes international travel and importing goods more expensive (but increases exports).

Whenever you plan to buy imported goods or travel overseas, keep an eye on the foreign exchange market’s rates.

Making money from forex trading is legal. However, forex scams are prevalent, so you should know how to avoid them.

The pros of forex trading include the ability to trade 24 hours a day, get started with little capital, and access a lot of leverage. In addition, trading with online brokers gives them a variety of options.

Although these investments can produce significant gains, they also carry significant risks. From the point of view of leverage, losses can be magnified, and retail investors who wish to participate will need to compete with financial institutions.

[top_three_brokers] Today, we'll take a look at Canada's forex market. It is one of the…

Short and Long Trades in Forex

[top_three_brokers] Beginner forex traders need to learn the fundamentals of long and short trades. This…

[top_three_brokers] The evening star forex pattern is a popular type of pattern. Among several trading…