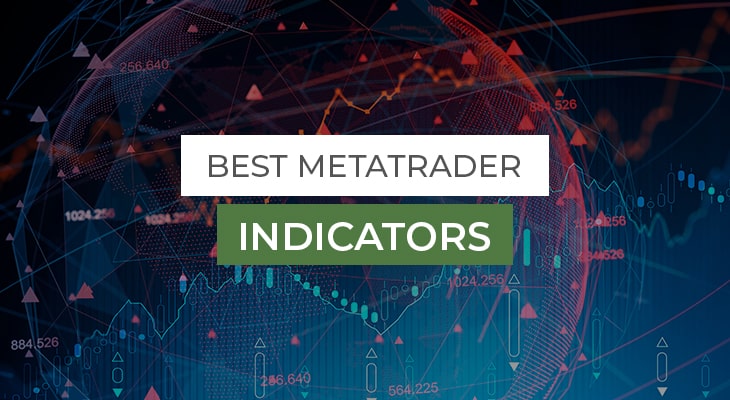 Did you know that there are more than 2000 custom indicators available for MetaTrader platforms?

In this guide, we’ll break down some of the best MetaTrader indicators you can use for trading.

First, let’s start with what indicators are.

Indicators are tools that provide you with a better understanding of what’s going on in the market and forecast where the price will go next.

Indicators are used in technical analysis to discover trends and past price performance of an item. These are essential aspects of every effective trading strategy, and depending on the right ones is a must if you want to be successful consistently.

Indicators can help you grasp and interpret key information via bars, charts, and graphs if you want to analyse any trading instrument.

Although indicators are useful, they are a perfect example of the old saying “a tool for every trade and a trade for every tool.” Certain indicators are only effective for specific periods and trading methods; no indicator will provide actionable information in every trading situation.

While they aren’t a certain way to succeed, they are incredibly useful in detecting trade signals and acting on them quickly. 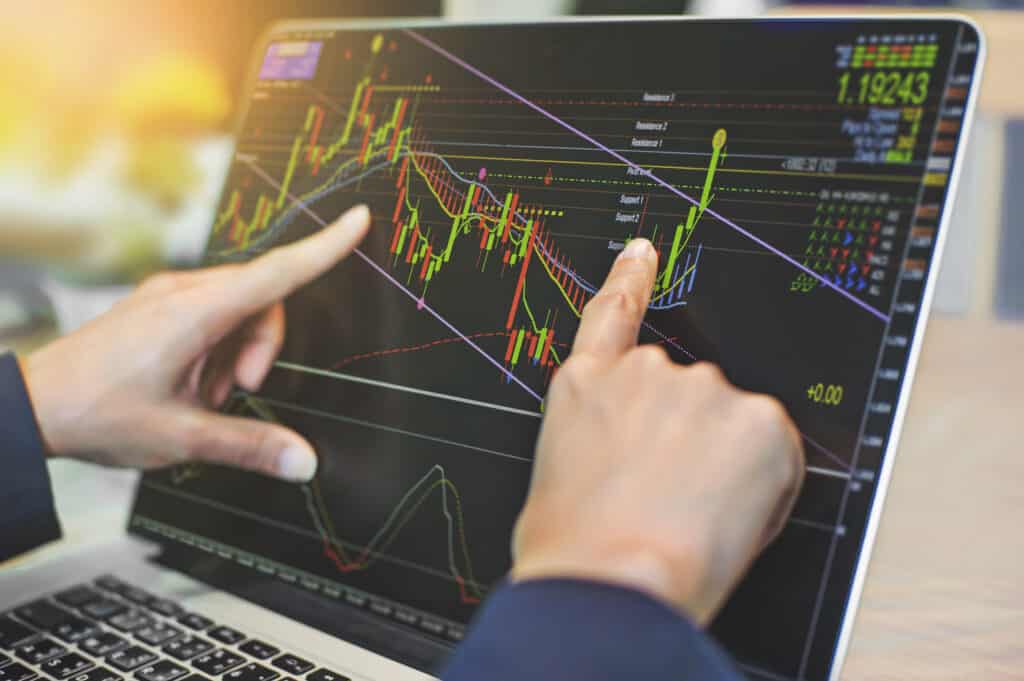 Now that you know, what indicators are, let’s move to our main part telling you what the best MetaTrader indicators are. Here’s a list of the top 5 indicators you can use in your trading strategies.

A moving average (MA) is a popular technical indicator for smoothing out price patterns by removing “noise” from short-term price changes. The average is calculated over a given time frame, such as nine days, 20 days, or 50 days.

To get a basic notion of which way the price is trending, look at the direction of the moving average. The price is generally rising if it is pointed up. If it’s inclined down, the price is falling.

There is no such thing as a superior MA. The time frame for a moving average you choose has a huge effect on how successful it is.

MACD, aka Moving Average Convergence Divergence is one of the most often used indicators. It’s a trend-following momentum indicator that shows the correlation between two price-moving averages.

The MACD occurs by subtracting the 26-period from the 12-period Exponential Moving Average (EMA). On top of the MACD, a 9-period EMA (known as the signal line) is drawn, which acts as a trigger for buy and signals.

When the MACD is above zero, it means that the short-term average is higher than the long-term average. It suggests that things are moving in the right way. When the MACD is below zero, the opposite is true. This zero line is frequently used as a support and resistance region for this indicator.

To avoid opening a position early, most traders wait for a confirmed cross over the signal line before taking a position.

The RSI stays in the 40 to 90 range during an upswing or bull market, with the 40-50 zone functioning as support. Conversely, RSI tends to stay between 10 and 60 during a decline or bear market, with the 50-60 zone acting as resistance.

These rules can help you analyse the strength of a trend and identify potential reversals.

If the RSI fails to hit 70 on several consecutive price movements during an uptrend but eventually falls below 30, the trend has weakened and is reversing lower.

Bollinger Bands were developed by renowned technical trader John Bollinger to help traders uncover opportunities that increase their chances of correctly detecting whether an asset is oversold or overbought.

The Bollinger Bands indicator composes two bands, or lines, two standard deviations below and above a moving average that appears as a line between the two bands.

The core concept of Bollinger Bands is the squeeze. The squeeze occurs when the bands close in on each other, limiting the moving average. It indicates a time of low volatility and acts as a possible signal for rising volatility.

The Stochastic is a technical indicator that compares an asset’s most recent closing price to its highest and lowest values over a given period.

It oscillates between 0 and 100, just as the RSI. When the stochastic value exceeds 80, it indicates an overbought condition. Market oversold conditions surface when readings are below 20.

So, there you have it. These five indicators are the best MetaTrader indictors you can use for trading strategies.

Although indicators are not perfect, they can certainly give you a heads up, so you can take your positions accordingly.

[top_three_brokers] In the last 15 years, the forex market has changed dramatically. Since the barriers…