Technical analysts generally use this pattern to detect when the trend is about to reverse the forex pattern. This pattern can be seen frequently in many price charts; however, the best and most effective formation will generally consist of those at the top of the uptrend patterns.

Therefore, these formations would be considered the most reliable types of the Evening star formation.

What do you need to know about the evening star candlestick pattern? 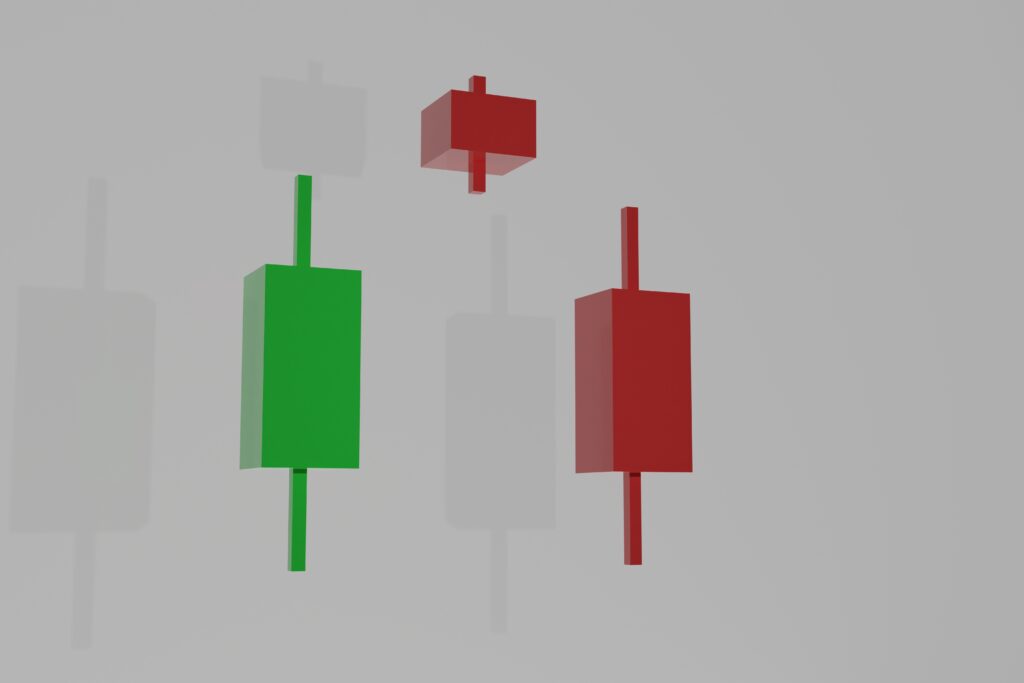 The evening star forex pattern predicts a hypothetical future price reversal to the downside. It is a bearish reversal candlestick pattern consisting of three different types of candles: a bearish candle, a small-bodied candle (also known as the Doji candle), and a large bullish candlestick.

Evening star patterns are present and associated with the top price trend. Technical analysts mainly use an Evening star to predict future price reversals to the downside.

Although it is pretty rare, the Evening star patterns are considered one of the most reliable and up-to-date technical indicators. These patterns can be seen in the different stock exchanges, forex trading, and indices at any trading platform.

The first part of the Evening star candlestick pattern is a large green candle. On the first day of the execution of this pattern, bulls are in charge, and new highs are usually made.

The second day begins with a gap up in the bullish. On the opening of Day 2, bulls are in control. They do not push the prices up. The candlestick at the start of day 2 is a bullish, bearish, or neutral type. On day 2, the bearish candle is a vital sign of an impending reversal.

The most critical and significant candlestick occurs on the third and the last day. It begins with a small gap down (a bearish signal) and bears to be able to press the rates and prices even further downfall, often eliminating the profit and gains seen on the first day.

Then there is the third candle with a solid bearish candle which will close beyond the halfway point of the first candle.

The general representation of the candles is the most important within this formation, and the wicks or shadows within the formation are lesser essential.

From the action price standpoint, the initial bullish candle shows a strong momentum within the exchange price market, followed by a neutrality period by a smaller body of the small middle bullish candle.

The figure shown below gives a formation of a candlestick pattern:

How does the Evening star pattern work?

According to the above figure, a decisive price move occurs to the downside, reflecting a profit and noticeable shift in sentiment, likely leading to a further price decrease.

You will notice that the final third candle within the formation opens as a gap down the price move. When this part occurs, it is indicative of the increased supply in the market, further confirming the bearish stance.

The Evening star candlestick pattern can be frequently seen on the price charts; however, the best formation will generally be those that appear at the top of an uptrend. Therefore, these formations will be considered the most reliable types of Evening star formations.

A simple way to understand the working of an Evening star pattern is that the form reflects a battle between the bears and bulls, wherein the bears take control of the whole currency trade market.

Now, you have a quick and thorough understanding of the structural elements of the Evening star candlestick pattern. After a prolonged price move to a higher part within an uptrend, this formation can generally be seen.

It is not always good to fade an existing trend, mainly when there is continued solid momentum behind a price move. A way to resolve this is by looking for the Evening star candlestick formation within an area of resistance.

Resistance can be formed in many different forms, a swing high, a Fibonacci level, a psychological round number, etc.

The above price chart displays the daily price of the action for the Euro FX contracts. You will notice that at the starting point at the bottom left, the prices are moving higher with every iteration in the currency market, and the majority of the candles that are seen are bullish green candles. There is no absolute denying that this currency market is trending at the top.

After some iterations, you can see that the significant engulfing pattern thwarts the upward prices of the currency market from the move, which causes the prices to back off and retrace to lower costs.

In the latter half of the chart, the Evening star candlestick pattern completes as the prices tend to move higher toward the resistance level. The completed Evening star pattern can be seen within the yellow circled area.

As the Evening star pattern completed, prices began to trade at a low quite sharply. This example illustrates the power of combining the candlestick pattern analysis with the traditional price action.

Another application of the Evening star candlestick reversal pattern is combined with the relative strength index indicator (RSI). The RSI indicator is an indicator of momentum that is useful and powerful in gauging the extent of a price move.

The default looks back on the relative strength index indicator is 14 periods. An overbought condition occurs when the hand registers a reading below 30. The market can be considered an oversold entity.

Let’s look at the price chart below for the Gold and look at the Evening star pattern chart when the relative strength index indicator is in action.

In the chart, starting from the far left, you can see that the prices are moving up in a staircase manner. The prices in the chart, in other words, are creating a series of impulsive price moves up, followed by corrective price moves lower. It is, moreover, quite evident that the general trends of the market were up.

The relative strength index indicator tended to rise during the higher price sequence. It is an indication of a strong bullish price trend.

But towards the peak, we see that the Evening star candlestick reversal pattern is formed on the price chart. This can be seen in the area represented within the yellow circle.

This would provide an excellent opportunity to short the market price and trends immediately after the Evening star formation is completed.

Even though the consolidated prices are a bit after the pattern completion, the prices are ultimately moved lower as you would have anticipated.

The pattern works on all time frames across most liquid instruments. However, you should be able to notice that the higher time frames, such as the daily and weekly tend to work more efficiently and manage to perform the best using this strategy.

If you see an Evening star candlestick pattern, you will know that the uptrend has ended, and the only now available way is to sell your order. However, you will need to wait until the first bearish candle is formed completely. Therefore, your trade entry should be at the closing price of this respective bearish candle.

This strategy uses and incorporates three simple elements. First, you will have to confirm the presence of the Evening star formation pattern on the designed chart. Secondly, we will be looking for the formation of the Evening star candlestick method that occurs near or at the resistance level.

And lastly, you have to utilise the 50-day simple average moving within the strategy. Under most circumstances, traders usually use the 50-day SMA as a filer for future trends and trade only in the direction of the more significant and larger trend movement.

Since the Evening star candlestick method is a reversal pattern, you will have to take only small and sort trades with the technique and strategy. Here are some rules

As you can see, these defined rules are pretty simple and understandable to the layman trader but do not let this simplicity fool you. It is a practical, robust trading strategy that works very well given the right and effective market conditions.

Regarding this strategy, one thing to note is that some conservative traders may want to scale out of their positions rather than hold for the entire two-to-one risk to reward ratio.

Once you recognise the entire completed Evening star candlestick forex currency method, you can prepare yourself for a short or large-scale trade in no time.

The Evening star candlestick method is one of the most significant and most efficient patterns for the arsenal trade. A three candlestick formation occurs when a sustained price has moved higher.

Forex traders and stock exchange companies often use several other strategies. Yet, the Evening star candlestick pattern is the most thorough and up-to-date method to increase profit chances while doing trade.