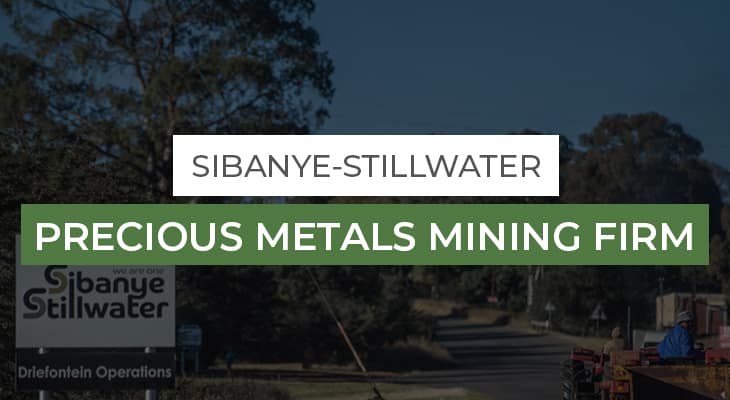 Sibanye-Stillwater is a major multinational precious metals mining firm with operations in the United States and Southern Africa, gold operations and prospects in South Africa, and copper, gold, and PGM exploration properties in North and South America.

High metal prices for Sibanye’s extracted metals, including gold, platinum, palladium, and rhodium, have bolstered profitability in the face of supply interruptions and strong demand.

Since its inception in 2013, the Group has developed and diversified to become one of the world’s largest primary producers of platinum, palladium, and rhodium and a top-tier gold producer, ranking third globally in terms of gold-equivalent production. It also creates additional PGMs such as iridium and ruthenium and chromium, copper, and nickel as a byproduct.

Its operations are divided into two regions: Southern Africa and the Americas. Gold, platinum group metals, and byproducts are among its products.

Beatrix, Cooke, Driefontein, and Kloof are the Company’s gold projects in Southern Africa. Kroondal, Rustenburg operations, Mimosa, and Platinum Mile are among its PGM initiatives.

East Boulder, Stillwater, and Columbus Metallurgical Complex are the Company’s PGM projects in the Americas. Blitz, Altar, and Marathon are some of its ventures in the Americas region.

Sibanye has a primary listing on the Johannesburg Stock Exchange under the symbol of SSW. 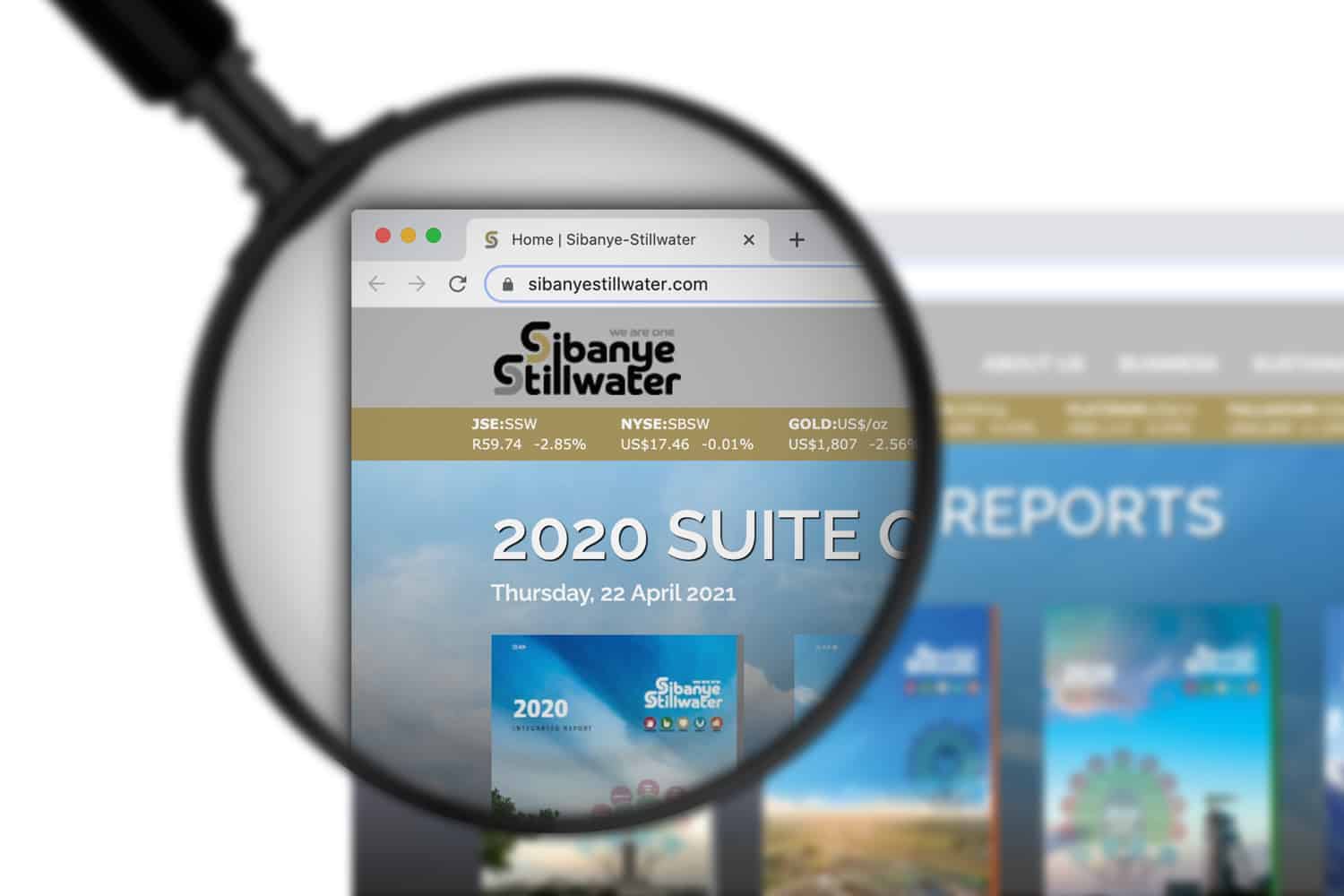 The arrangement, which marks Sibanye-entry Stillwater’s into the battery metals market, enables Keliber to move forward with its €313 million lithium project in Central Ostrobothnia, Finland.

Some of Sibanye’s investments include:

The stock markets in New York and Johannesburg both list the Company.

Stillwater Mining Company is a company in the Metal Ore Mining Industry based in Columbus, Montana. It is the United States’ sole palladium and platinum producer.

As mentioned earlier, Sibanye has primary IPO listings on the JSE.

According to Sibanye, average prices for four platinum group metals (PGM) mines increased by 59% yearly, while the average rand gold price increased by 8%. It reported adjusted earnings before interest, tax, depreciation, and amortisation (EBITDA) of 19.8 billion rands ($1.38 billion) for the quarter.

Production at its South African PGM plants increased by 6% yearly to 444,609 ounces, while output in the United States increased by 9%. The amount of gold produced grew by 5% to 249,392 ounces.

These figures present a great overall picture for Sibanye’s IPO in the upcoming year.

The Company’s strategy is intended to strengthen Sibanye’s position as a leading international precious metals group.

Through the extraction of its mineral resources, Sibanye’s vision is to produce exceptional value for all stakeholders. The ability to obtain and maintain its social licence to operate and generate long-term value for all of its stakeholders, including employees, communities where it operates, governments, and shareholders, depends on the sustainability of its operations.

Sibanye CARES values – commitment, accountability, respect, enabling, and safety, are at the core of its approach to sustainability. These values support safe operations, enable growth, underpin business strategy and promote competitiveness and success.

Sibanye has identified several projects to advance the future mine, including using newly developed battery technology in mobile assets such as locomotives and trackless mobile machinery and analytics and machine learning algorithms to improve overall equipment and processing effectiveness.

Recognising the significant value in leveraging external expertise to advance innovation, the Company recently established an advisory panel of globally renowned experts from various industries and institutions to help it accelerate ideation and prioritise key strategic aspects of its digital transformation.

Sibanye has a primary listing on the JSE under the symbol of SSW. As one of the largest mining companies in South Africa and the United States, Sibanye has a portfolio of PGM metal operations that provide plenty of investment opportunities.

The stock of Sibanye remains in a strong consolidation. The fundamental view of the Company is looking attractive for investors. The dividend yield for the stock is 5.7%, an increase of 16% in the mining industry, while the P/E ratio is about 6.

The year ahead promises significant returns for the Company, but investors need to look at all the factors before taking the plunge.

As one of the biggest players in the PGM metals sector, Sibanye provides a good diversification opportunity for investors.

With a market cap of $188 billion, Sibanye has a great growth potential based on its recent earnings and provides exposure to the larger industrial-strength trend.

Like all the major mining companies, Sibanye aspires to achieve net-zero carbon emissions and works on several eco-friendly projects. This will allow the Company to accelerate its ambition to reshape the Company’s operation sustainably for the future, and in the process, attract investors.