Sasol Limited – From the Pandemic to Now 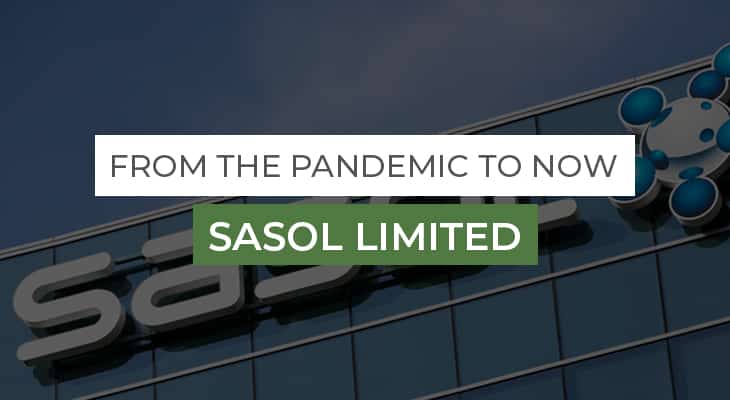 Sasol Limited is an integrated energy and chemical firm formed in Sasolburg, South Africa, in 1950. The company got built on processes first developed by German engineers and chemists in the earlier 1900s.

With a presence in 33 countries and over 30,000 employees globally, Sasol is South Africa’s largest corporate taxpayer.

With its headquarters in Johannesburg, South Africa, Sasol is also present in Canada, Mozambique, and Gabon.

After getting established in the 1950s, Sasol was privatized in 1979, with their shares getting listed on the Johannesburg Stock Exchange. As a duel listed stock, they listed on the New York Stock Exchange in 2003. The listing on the NYSE was vital in Sasol’s globalization strategy.

Pioneers in innovation since establishment, Sasol have been well-known for their world-scale facilities, technological capacity, and a high-value product portfolio that includes chemicals, liquid fuels, and low-carbon electricity.

Sasol is one of South Africa’s most prominent investors in:

Sasol is accessible in the United States, with six states and Eurasia having chemical operations. Production facilities are located in Austria, Germany, Italy, Slovakia, China, and the United Kingdom.

As a popular stock to buy, Sasol has a market cap of about R125 billion and is one of JSE’s Top 10 biggest stocks. Sasol Khnayisa and Sasol Inzalo are recent BBEEE shares and are currently some of the most appealing stocks. 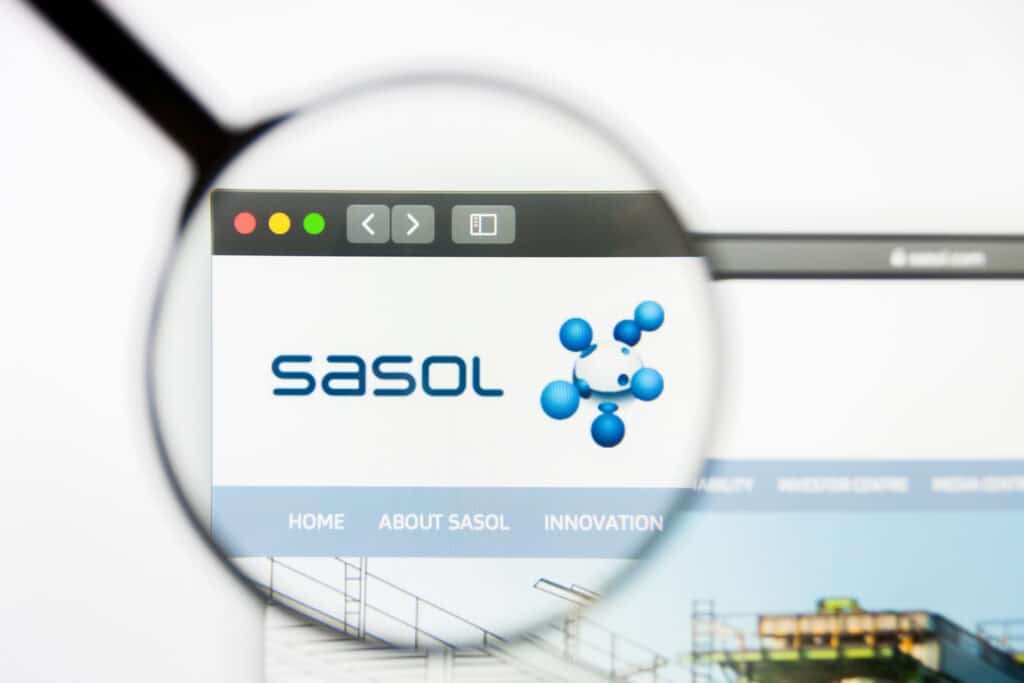 Sasol has come across many challenges in the past year, even though they’re one of the JSE’s top shares. With the spread of COVID-19, several companies faced financial difficulties, with uncertainty in their future forecasts.

Regardless, Sasol experienced the following top 10 highlights between 2019 and 2021:

Half-year profits rose by 18% behind increased crude oil prices, a weaker exchange rate between the dollar and rand, and the Sasol speciality chemicals unit’s higher margins.

Due to its Lake Charles project update results, there was a significant rise in Sasol shares.

Sasol could pay a considerable amount of debt after selling $2 billion in American base-chemicals company to LyondellBasell.

Sasol shares increased substantially, even though they experienced increases and decreases on the JSE.

Sasol Limited got listed on the Johannesburg Stock Exchange in October 1979. The listing was the largest ever to take place on the JSE. The public issue (institutional investors) was over-subscribed 31 times, whereas the private issue (smaller institutions and individual public members) was fully subscribed.

Dividends are declared bi-annually in March and September and last got paid in March 2019.

Even though Sasol shares have experienced some downward trends, they have had considerable increases on the JSE in recent weeks and still get seen as a favourable investment.

There is currently a 42% hold, 16% sell, and 42% buy on SOL shares’ one-year consensus forecast. There is a majority consensus that’s leaning towards investors holding their Sasol shares that they currently own.

In 2014, Sasol’s share price in rand hit R652.99 – a record high. A dramatic plunge followed, with Sasol’s share price dropping to R400 a few months later. Sasol has since then been struggling with lower oil costs which have forced them to close some corporations and cut thousands of jobs.

Over the past few years, Sasol’s share price growth has been stagnant. An increased willingness to purchase shares coincided with rising oil prices in 2016. Investment analysts have forecasted that Sasol’s shares are undervalued currently and can still outperform the market.

Sasol has been looking for ways to reduce its carbon footprint and repurpose its Fischer-Tropsh technology. They announced a partnership with Toyota South Africa Motors (TSAM) to explore, within South Africa, the development of a green hydrogen mobility ecosystem.

They plan to develop a “mobility corridor” on the N3 between Johannesburg and Durban, one of South Africa’s main freight corridors. This will be to navigate heavy-duty, hydrogen-powered, long-haul trucks.

Toyota’s upper hand in developing and producing zero-emission hydrogen fuel cell (FC) vehicles allows them to bring uniqueness to the partnership. Toyota is part of the Japan Hydrogen Association, which makes up about 100 companies. The association intends to promote the formation of a hydrogen supply chain in Japan. Backed by the Japanese government, they announced in December 2020 they would invest $19 billion to attempt to make hydrogen viable as an emission-free fuel.

Sasol technology presently relies on coal as a carbon source and is unsustainable. The intent is to combine green hydrogen with green carbon to make liquid fuel.

Shares rose by 6.5% after the announcement as investors are interested in the direction they’re going in.

The partnership plans to start the project by introducing FC trucks into South Africa. Studies have shown that long-distance mobility is more appropriate to FC technology when compared with battery-electric trucks.

Toyota doesn’t have fuel cell trucks available for South Africa as they’re still developing them in Japan. However, the truck will get introduced once it becomes available from Japan.

Sasol and Toyota also in talks to install a hydrogen refuelling station while still in the demonstration process. Sasol’s infrastructure expertise will be provided via their fuel station network, whereas Toyota SA will head the investigation of the FC truck introduction.

Over time, Sasol and Toyota hope to expand their partnership by including other companies over a period.

Having gained 1.64% on the last trading day (May 7, 2021), Sasol stock has gained four days in a row. It will be intriguing to see how the stock performs over the coming days and weeks.

With the rise in stock price, there has also been an increase in volume, which is a positive technical sign. A total of 96,000 more shares got traded than the day before.

Sasol stock lies in the middle of a strong and wide rising trend in the short term, with a further rise within the trend signalled. Because of the short-term trend currently, the stock could rise by 28.68% during the next three months (May – July 2021).